Are you having trouble finding the best International University to achieve your dream in the Medical Field? Look no further. The United Kingdom (UK) has an organized and functional educational system that will help you materialize your dreams. This article provides a guide and on how to find, process your admission to any of the listed best Medical Colleges, Institutions and Universities in the United Kingdomm.

Below is a list and dossier/need to know items of the best UK Medical Colleges for international Students and persons who desire to pursue a graduate and post-graduate program.

Basically, entry requirements and admission process for all Universities and Colleges in UK are set by the Universities and Colleges Admissions Service in the UK (UCAS) Https://www.ucas.com. All international students and applicants to any Medical School UK must begin their journey by applying through the UCAS before applying to their desired schools.

According to the UCAS, UK Undergraduate Programme in any of the Medical Sciences begins with a Foundation Programme.

Accordingly, applications to the Medical degree course are very often made on the basis of GCE A-Level, Scottish Higher, International Baccalaureate or European Baccalaureate qualifications.

The requirements for conditional offers for entry include grades A*AA at A-level GCE, to include at least Chemistry and Biology, and an additional subject like Physics at A-level.

The Medical Schools, Colleges and Institutions in UK accept the International Baccalaureate (Full Diploma), from prospective international Students. The course is also open to graduates with a minimum of a 2:1 grade.

For Nigerian Students for instance, WAEC Senior School Certificate Qualifications cannot be considered for Medicine. Suitable alternative qualifications would be:

In addition to the above requirements, prospective students must also sit for an entrance exam, called the BioMedical Admissions Test (BMAT) which is used alongside the rest of the UCAS application to determine selection for interview.

Individual University and colleges will required to sit for an aptitude test as stipulated in https://www.ucat.ac.uk/.

LIST OF BEST MEDICAL COLLEGES AND UNIVERSITIES IN UK

The University of Aberdeen is an ancient Scottish Public University. It is world Top 160 and UK Top 20 University in Scotland, UK. The university enjoys an unbroken tradition of excellence in research and experiments.

The University of Aberdeen’s School of Medicine, Medical Sciences and Nutrition also known as the Forester hill Health Campus is based in the Polwart Building in Aberdeen. The University offers a five-year MBChB programme, leading to the award of the degrees of Bachelor of Medicine and Bachelor of Surgery, MB ChB. The course uses a systems-based, integrated approach to teaching. It also offers opportunities for students to undertake a further year of study to gain an intercalated BSc (Hons) in Medical Sciences or Medical Humanities. They also offer a wide range of Postgraduate Studies leading to a Master of Science Degree and Doctor of Philosophy Degree in Chosen field of expertise.

Local Entry Requirement: follows the general rules of admission as obtainable in the UK and the above listed universities.

Entry Requirements: Follows the general rules of admission as obtainable in the UK and the above listed universities.

The University of London is a public research university located in London, England, United Kingdom, established by royal charter in 1836. It was meant to serve as a degree-awarding examination board for students holding certificates from University College London, King's College London and other affiliates institution which the Nigerian premier, University of Ibadan is an example. It is one of the third-oldest universities in England. It prides itself as the first university to be gender inclusive in the United Kingdom by introducing examinations for women in 1869 and the first to admit women to degrees in 1846. The

Duration: Studies in Medicine at the University College culminate in the award of MBBS and BSc (Hons) degrees. The Medical program is a six years integrated programme.

The first and second year involves the Fundamentals of Clinical Science. The third involves Integrated BSc degree while at the fourth year the students are engaged in Integrated Clinical Care. In the fifth year, students engage in the Life Cycle and Specialist Practice. The sixth year is Preparation for Practice.

As it is the case for all other universities in the United Kingdom, admission follows the procedures laid down by the Universities and Colleges Admissions Service (UCAS). 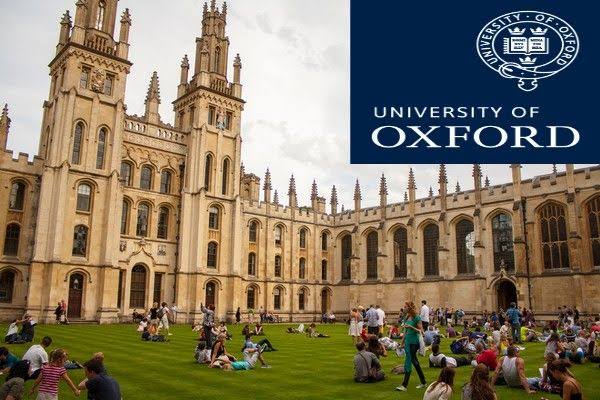 Duration: The duration of Study for Medicine at Oxford College of Medicine is 3 Years for pre-Clinical (BA) and 4-6 years Clinical Courses (BM BCH).

Entrance Requirements: As it is the case for all other universities in the United Kingdom, admission follows the procedures laid down by the Universities and Colleges Admissions Service (UCAS). 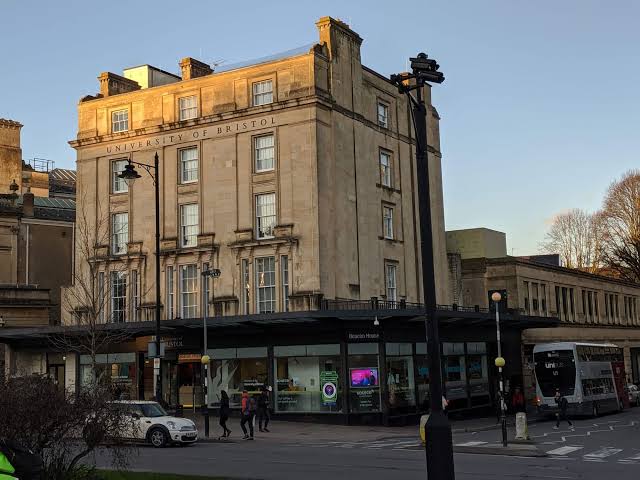 Entrance Requirement:  As it is the case for all other universities in the United Kingdom, admission follows the procedures laid down by the Universities and Colleges Admissions Service (UCAS).

The University of Edinburgh is a public research university in Edinburgh, Scotland, chartered in 1582 and officially opened to the public in 1583. This university enjoys antiquity and history as it one of Scotland's four ancient universities and the sixth-oldest university in the Britain.

The universitys Medical Courses are organized by the Edinburg Medical School under Colleges of Medicine and Veterinary Medicine. The Medical School is renowned for preparing its students to be world class doctors. Undergraduate Medical is a six year programme leading to a Bachelor of Medicine and Surgery (MBChB) degree which is meant to equip her students with the knowledge, understanding and skills required to become a world class doctor, a GP, a hospital consultant, or medical researcher.

Cambridge is formed from a variety of institutions which include 31 semi-autonomous constituent colleges and over 150 academic departments, faculties and other institution organized into six schools, though Degrees are conferred by the university, not the colleges.

As the oldest and most distinguished universities in the world, statistics of today shows that more than 40 per cent of its students (around 3,200 students) are from outside the UK, representing around 140 countries.

Kings College is a university of 14 Nobel Laureates. It is a College of the University of London.

The King's College is ranked in the top 10 UK universities in the world. It is based in the heart of London and she is organized with nine Faculties, Schools and Centers. Her medical degrees are Organized under two faculties namely Faculty of Dentistry, Oral & Craniofacial Sciences and Faculty of Life Sciences and Medicine. King's welcomes applicants to undergraduate courses from countries all over the world. 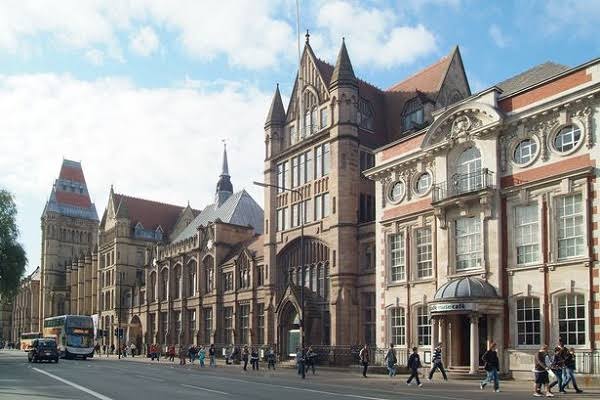 The medical college was established in 1874 and is one of the largest in the country, with more than 400 medical students trained in each clinical year and more than 350 students in the pre-clinical/phase 1 years.

Manchester Dental School was rated the country's best dental school by Times Higher Education in 2010 and 2011 and it is one of the best funded because of its emphasis on research and enquiry-based learning approach. 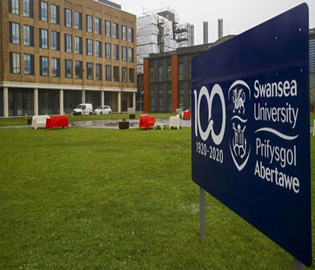 Swansea University also in the Welsh language as Prifysgol Abertawe) is a recent public research university among the Universities in UK. It was chartered as University College of Swansea in 1920. Swansea University has 8 colleges spread across its two campuses. It is the third largest university in Wales in terms of number of students. It currently offers about 330 undergraduate courses and 120 post-graduate courses to 20,375 undergraduate and postgraduate students.

Swansea University Medical School is housed on the Singleton Campus. It is ranked as the third best medical school in the UK according to the Complete University Guide 2017. It also ranked joint first in the UK for research environment, according to the Research Excellence Framework 2014. It was established in 2004 two Institute of Life Science research centres, equipped with clinical trials, medical imaging, research and business development facilities and a Centre for Nano Health.

Swansea University Medical School is also in partnership with Pfizer which would involve the pharmaceutical company locating itself near its campus.

The United Kingdom has blaze the trail of advanced university education. Their innovations in the field of Medicine have pushed the frontier of medical education into new realms of research and development. You can count yourself worthy to be admitted into any of the top UK Medical Schools, Colleges and Institutions. For what it is worth, studying Medicine in the above listed School puts you in the elite class of medical practitioners and researchers. Take your time to go through the information provided herein and apply. Bon chance to you as you enter into the beginning of a glorious medical career.

Scholarships by Country to Study

Scholarships by Country of Origin